Have You Been to Edinburgh?

Some call it one of the most beautiful cities in Europe, and with good (no, fantastic!) reason. From its friendly, sandstone buildings to its youthful, liberal atmosphere, Edinburgh is loved by locals and visitors alike.

Ghost tours are aplenty, and with such a rich (and at times sordid) history as Edinburgh’s, it’s no wonder! Be sure to join one of the well-known ghost tours that depart down the hill from Edinburgh Castle.

Try to join in one that goes for the theatrics — maybe your tour guide is dressed the part — and imparts historical context as well as murder mysteries and spooky legends.

Graveyards, the 19th century’s worst living conditions you can imagine, and haunted castles give this city a run for its money.

Of course, who can have a list on top things to do in Edinburgh and omit the most famous landmark of all? The castle positively dominates the skyline, and is a gorgeous historical gem atop a volcano, that we simply can’t believe how the Queen of England could keep away all this time (true story).

The Castle is sort of a collection of mini-museums, if you will. You’ll find everything from weapons to crown jewels to clothing. The site is home to the 12th-century St. Margaret’s Chapel, the oldest structure in Edinburgh. Book your ticket in advance online to skip the lines.

If you’re feeling up for it, a short hike up to the crest of Arthur’s Seat is a fantastic way to start the morning. Located 20-30 minutes from the Old Town by foot, or 1 mile east of the Castle, Arthur’s Seat is an extinct volcano that now forms most of Holyrood Park. The elevation is only 822 ft and rewards walkers with an amazing panorama of the city.

The road leading up to Edinburgh Castle is known affectionately as the Royal Mile, and spans five different streets, culminating at Holyrood Palace at the bottom.

At its crest, you’ll find all sorts of souvenir shops and touristy restaurants, but also curious cafes and shops of interest. Strolling down this road is the perfect way to spend your time and be sure to wander down a side street or two that catches your eye!

Victoria Street is one such curious street, a colorful road that curves downward and has collected all sorts of curiosities and oddities. There are tiny bookshops and a famous fossil store. Rumor has it that Victoria Street was the inspiration for Diagon Alley in the Harry Potter series.

Learn all about Edinburgh’s sordid history from a realist perspective at Mary King’s Close, a collection of narrow alleyways, underground passages, and partially collapsed streets. The Old Town favorite has all kinds of fascinating, exposed history of old Edinburgh, from grisly tales of hauntings to murders.

Beers in the Highlands are usually more substance than experimental, but in Edinburgh, that all changes. Microbreweries have popped up everywhere, giving rise to a delicious trend of local brews and flavors to win you over before long. As any Portlander might agree, it’s beer that makes the city.

Local faves include Stewart Brewing, Top Out, Innis & Gunn, and Barney’s. As for pubs, you really can’t go a block without stumbling on a neighborhood pub, but if you’re hankering for the best, we can throw down a few names: Cloisters, Bow Bar in Old Town, Barney’s at Summerhall, and Pear Tree House on the South Side. Grab a table in the beer garden if they have one, in the summer these can fill up with students on holiday.

7. Trick your Eye at Camera Obscura & World of Illusions

Lauded as Edinburgh’s oldest tourist attraction, Camera Obscura has been an iconic treasure since 1835. It’s both an interactive museum of illusions and terrific rooftop views over Old Town.

At the summit, however, is the real deal: a camera obscura, a natural optical phenomenon when an image (in this case, Edinburgh) is reflected onto a series of mirrors, and then projected through a small hole onto a screen for examination. You have to see it to believe it!

How to Get to Edinburgh: Edinburgh is just a short flight or day train from London. Spend a few days in London before heading up North or make a trip out of Scotland to include Glasgow, Fort William, Inverness, and Orkney.

Call your travel agent to hook you up with the best hotels and sights in Edinburgh. 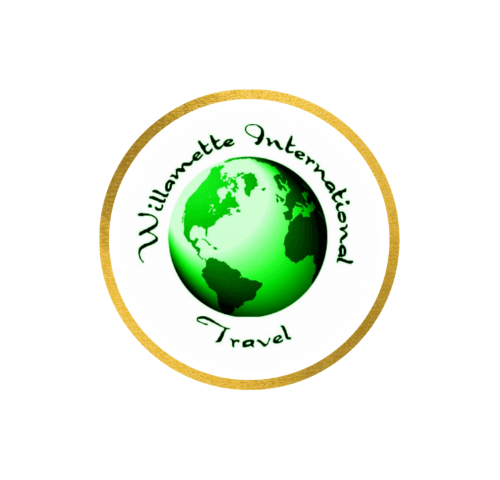